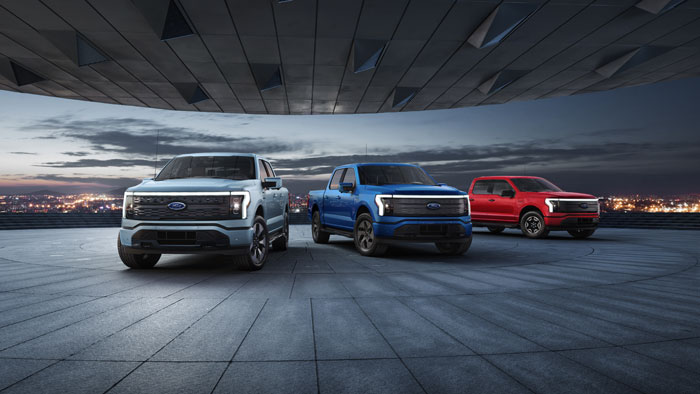 Someone has been able to put their hands on alleged official window stickers for multiple versions of the Ford F-150 Lightning electrical pickup. The good news is that it would appear the truck has a longer driving range than was initially anticipated. The F-150 Lightning Platinum has a quoted driving range of 300 miles per charge.

The official EPA numbers on the Platinum version are 73 MPGe in the city, 60 MPGe on Highway, and 66 MPGe combined. The sticker shows a total MSRP of $93,874 for the fully loaded truck. The sticker for the base Lightning pickup with a standard range battery shows 230 miles per charge.

It does have improved ratings of 76 MPGe in the city, 61 MPGe on Highway, and 68 MPGe combined. The sticker shows a total MSRP for the base lightning of $41,669. The base version with the extended range battery pack promises 320 miles per charge with MPGe ratings of 78 in the city, 63 on the highway, and 70 combined. The MSRP for the extended range base version is $50,374. You should keep in mind that with the demand and limited availability, there will most certainly be massive dealer markups on these trucks, adding to those sticker prices.