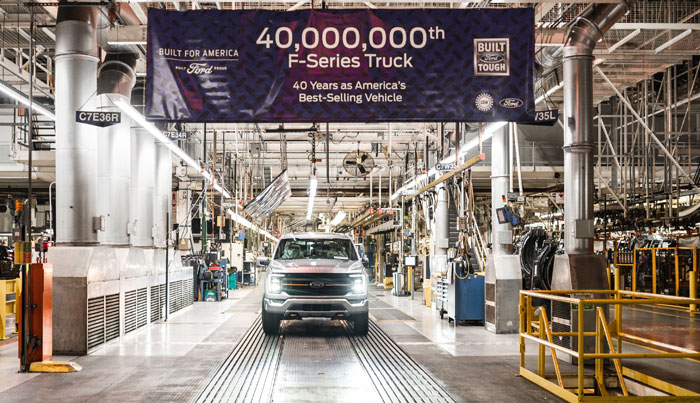 Ford confirmed this week that it built the 40 millionth F-Series truck for US customers. Ford’s F-Series, specifically the F-150, is the most popular vehicle in the entire country and the biggest seller for Ford.

The special 40 millionth F-series truck produced was a 2022 F-150 Tremor painted in Iconic Silver. The truck was produced at the Dearborn Truck Plant in Michigan and was already sold to a customer in Texas.