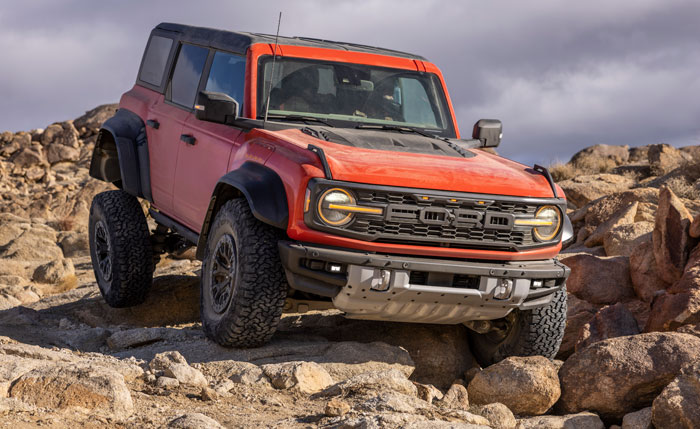 After a lot of rumor and speculation, Ford has officially revealed the 2022 Bronco Raptor. The vehicle is destined to be extremely difficult to find, and you can bet if you do find one, you’re going to pay over MSRP as price-gouging dealers love to charge market adjustments on special vehicles. Ford says the Bronco Raptor is the world’s first Ultra4 Racing-inspired SUV capable of maintaining highway speeds on desert sand dunes and rock crawling.

Compared to the normal Bronco, the Bronco Raptor is 9.8-inches wider and has styling cues that make it fit with the Raptor truck. The first public look at the new Bronco Raptor will be on February 3 at the iconic King of the Hammers race in California. There’s no indication of pricing or availability at this time.