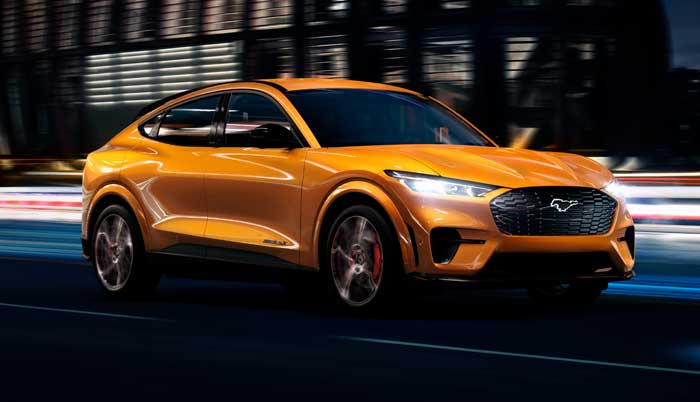 The color is called Cyber Orange Metallic Tri-Coat, and it’s described as a “bold, eye-catching premium exterior color.” Debates about if the Mach-E is a true Mustang aside, orange has been an iconic color for the Ford Mustang going back to the first generation in the ’60s. Another color joining the pallet is called Dark Matter Gray.

Both the orange and gray colors will join the color options for the GT version of the electric vehicle expected to be delivered in late summer 2021. Other Mach-E GT colors available include Rapid Red Metallic Tinted Clearcoat, Star White Metallic Tri-Coat, Grabber Blue, Shadow Black, Iconic Silver, and Space White.