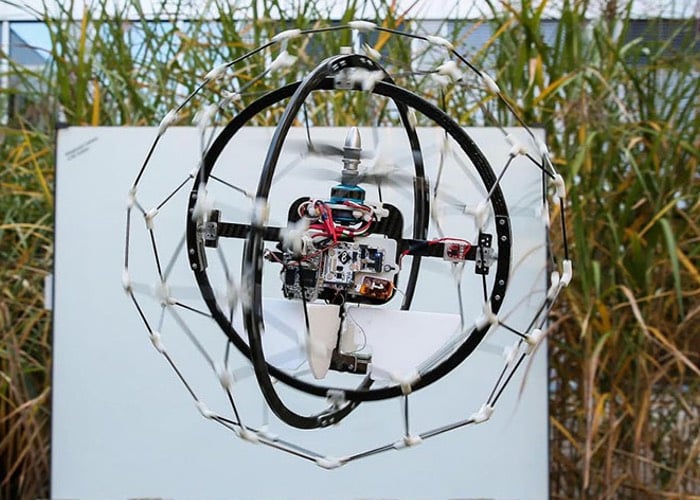 The unique and revolutionary Gimball Flyability Rescue Drone has this month won $1 million in the UAE’s Drones for Good competition.

The competition has been created to reward the best, most practical ideas for using UAV technologies to improve government services in the UAE. Watch the video below to learn more about the Gimball Flyability Rescue Drone.

The Flyability team based in Switzerland won the $1 million grant in the International Competition after developing Gimball, a drone that can enter confined spaces and safely fly close to humans thanks to its unique geodesic design and two-prop, electronically stabilised gimball.

“The winners of the first ‘UAE Drones for Good Award’, the largest award of its kind in the world, were announced today in the presence of His Highness Mohammed bin Rashid Al Maktoum, UAE ministers and international dignitaries. The competition, launched at the 2014 Government Summit, took place in Dubai Internet City in front of a large crowd of visitors.

The Government Summit focuses on how technology will radically reshape government and public services through the introduction of drones, robotics and other innovations; the 2015 Summit, occurring 9-11 February, will feature exciting new initiatives.”

For more information on the new UAE’s Drones for Good competition jump over to the website for details via the link below.