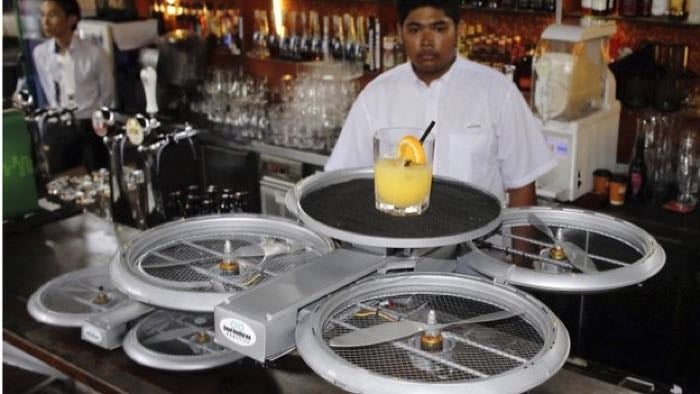 A restaurant in Singapore will be using drones to replace waiters later this year, and the drones will be used to deliver meals and drinks to customers tables.

These new drones are made by a company called Infinium Robotics and they are capable of carrying food and drinks up to 4.4lbs or 2kg.

The waiter robots will be able to carry about two pints of beer or a pizza or two glasses of wine at one time, you can see a video of the drones in action over at the BBC.

Whilst the drones will be used to replace the waiter roles at the restaurant, the staff wont actually lose their jobs, instead they will be moving to higher skilled jobs.

It certainly sounds like an interesting idea, I wonder how many of these drones will end up spilling food and drinks on they customers.