The Fly6 HD camera has been created to both record your rearview on a continuous loop and also warn drivers that they are being recorded. Hopefully instilling the same psychological effect as a speed camera would have on a motorist and making the driver of the vehicle more aware of the cyclist as they pass. 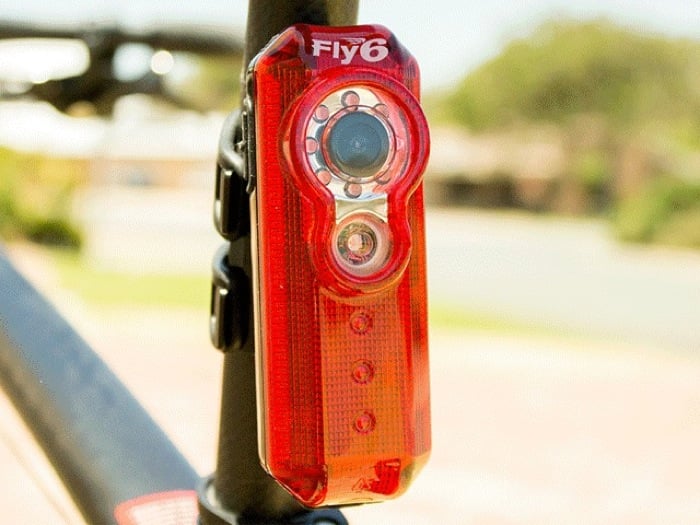 Andrew Hagen & Kingsley Fiegert the creators of the Fly6 camera and rear bike light explain: “Our project is a unique invention that addresses a number of issues cyclists encounter when sharing the road. We have a big mission – to make drivers aware they might be recorded, so they behave appropriately. We all know when we see a camera at a set of traffic lights we apply more caution to make sure we don’t do something wrong. We know there will be consequences. Fly6 is that camera, but it’s on the back of your bike!

Attaching to the seat post of your bike, Fly6 is a tail or rear light that also records in high definition video what happens behind you during your ride. Whether it’s commuting, racing, mountain biking or just riding with your friends. When motorists know they are being recorded, they will behave accordingly by giving the cyclists more space and respect making the roads more enjoyable for everyone.”

The Fly6 project is currently over on the Kickstarter crowd funding website looking to raise enough pledges to make the jump from concept to production. So if you think Fly6 is something you could benefit from, visit the Kickstarter website now to make a pledge and help Fly6 become a reality.