Fleksy the alternative iOS keyboard has today announced the arrival of four of its SDK partners on iOS to the iTunes App Store, in the form of the Launch Center Pro, Wordbox, GV Connect and BlindSquare, iOS applications.

Its not been an easy path for Fleksy as Apple has locked down a number of areas of their iOS that are just not accessible to iOS third-party developers, one such area is the keyboard, with other being the browser, messaging and calling application. 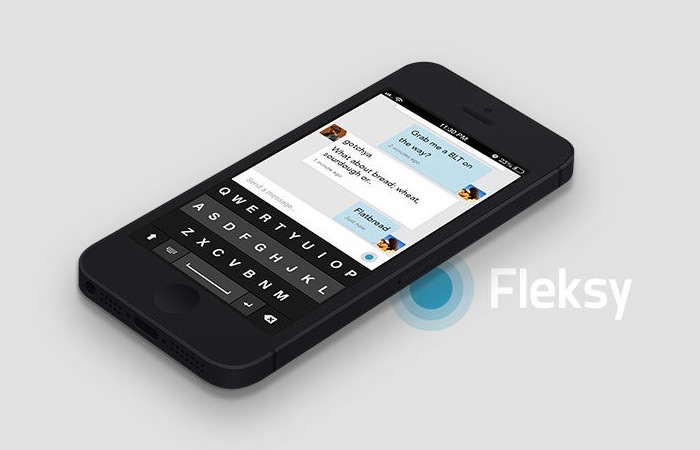 The Fleksy iOS Keyboard has been designed to anticipate the words that you are typing even if your typing is as bad as mine.

“Fleksy uses the familiar QWERTY layout, coupled with the most powerful, patent pending text prediction engine. It features an autocorrect engine powerful enough to work, even when you are not looking at the screen!”

“We’ve had a lot of interest [from third-party devs] really since our first release of the app on iOS,”-“We’ve picked four partners who worked with us through the beta process of the SDK, and we’ve tried to have one app that addresses the accessibility market, BlindSquare, and then we picked other popular apps that we think have meaningful use of text input in their design.”

For more information on the new Fleksy iOS Keyboard jump over to the Fleksy website for details. The apps now available with Fleksy include :  Launch Center Pro, Wordbox,GV Connect and BlindSquare.