Flat Computing has launched a new Android tablet, the FlatPad A10 which features a 10.2 inch resistive touchscreen display with a resolution of 1024 x 600, processing comes in the form of a 1GHz ARM Cortex A8 processor.

Other specifications in the FlatPad A10 include 256MB of RAM and 2GB of internal storage, it runs Android 2.1, but the manufacturers have said that it will be updated to Android 2.2 (Froyo) later this month. 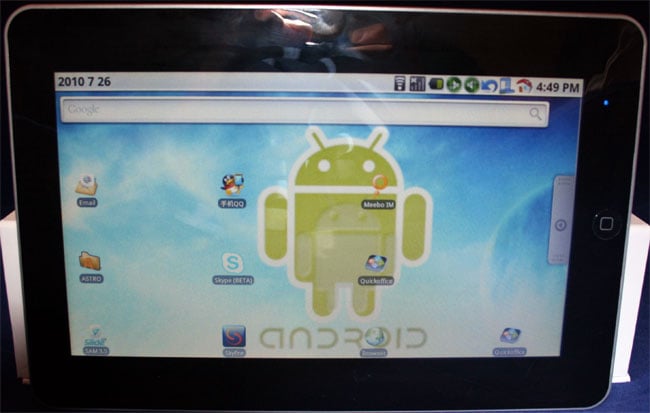 The FlatPad A10 is available in the US for $300, from Flat Computing. Have a look and our article on Android vs iPhone to see which smartphone and mobile platform is best for you.