Viruses and malware on a Mac system are still very rare when compared to PC infections, however it is on the increase and sometimes Mac owners might not even know malware exists on their systems.

FixMeStick has already created an easy way to detect and remove malware and infections for PC system and has this month taken to the Kickstarter crowdfunding website to promote its new FixMeStick for Mac systems. To learn more about the new FixMeStick malware and virus removal tool watch the promotional video after the jump from its creators. 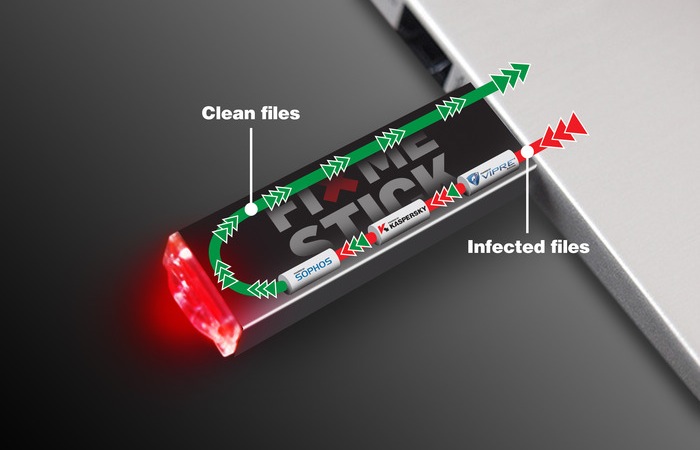 FixMeStick for Mac is the plug-in and plug-out device that anyone can use to remove hard to detect malware from Apple computers and it is a bootable USB utility that makes virus removal easy, and won’t harm your Mac in the process.

The recent Flashback virus infected around 1% of the world’s Macs and if you would like an easy way to check your Mac is clean the FixMeStick for Mac might be worth more investigation.

“Simply insert a FixMeStick into your Mac’s USB port, reboot, and let it run. When it’s done scanning for viruses, you click “exit” and the FixMeStick reboots your Mac back into your regular Mac OS. No software is ever installed on your Mac, i.e. software conflicts or performance problems are technologically impossible with the FixMeStick.

We launched the FixMeStick PC version in May 2012, and not a day has passed since then that we’ve not received an inquiry about a Mac version. We’re excited to have the opportunity to develop the Mac version with your help!”