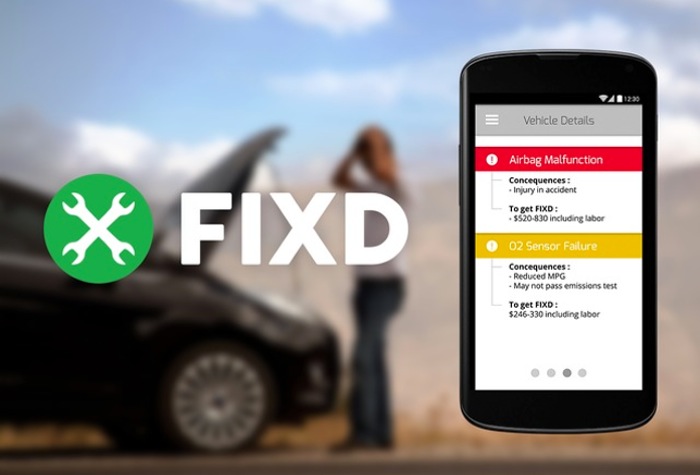 I’d bet at some point we have all had one of those mysterious lights glow on the dash of our cars. The lights are very vague and what most want to know when they see them is how serious the problem might be. A device has hit Kickstarter called fixed that aims to make it easy to understand what is wrong with your car.

Fixd is a hardware device that slips into the OBDII port of all vehicles made since 1996. The hardware device links with iOS or Android smartphones via Bluetooth to share diagnostic data with the app. The idea is that the app will decipher the diagnostic codes and tell you in plain language what is wrong with the car.

The app is also designed to offer estimates on what it would cost to fix the issue. Issues are colored coded by severity. Fixd is seeking $30,000 and has raised over $14,000 so far. To get a Fixd device will cost $50 and shipping is estimated to start in November 2014 for Android users and in April 2015 for iOS users. The app also tracks your service timeline among other things.