If you are into racing games then you will love this home made setup which was created by Chad Smith, it includes a total of five LCD monitors, and even an iPhone mounted to the steering wheel which displays performance stats.

The five screen setup is powered by an AMD Radeon HD 6870 graphics card, and the game in the video is called iRacing, a free online racing game, and Chad is also using the iRacing Dash app on his iPhone to display the stats. 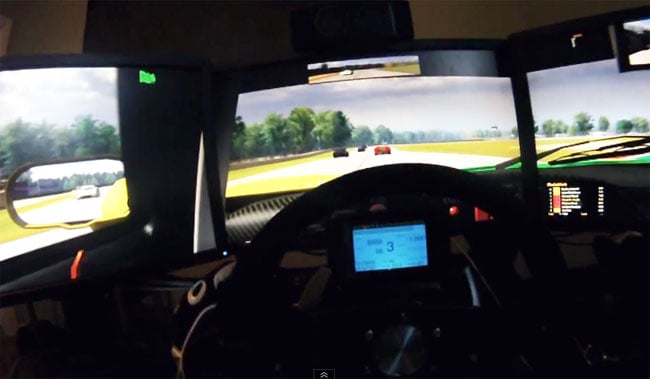 Amazing, this is definitely one of the coolest gaming setups we have featured on the site, you can find out more details about the setup over at Tecca.