Leap Motion is a new device that provides Kinect style gesture controls for PC system but with much more enhanced and accurate sensitivity. Leap Motion enables people to use their hands in the air to control applications and games and is equipped with a proprietary advanced motion sensing technology for human-computer interaction. 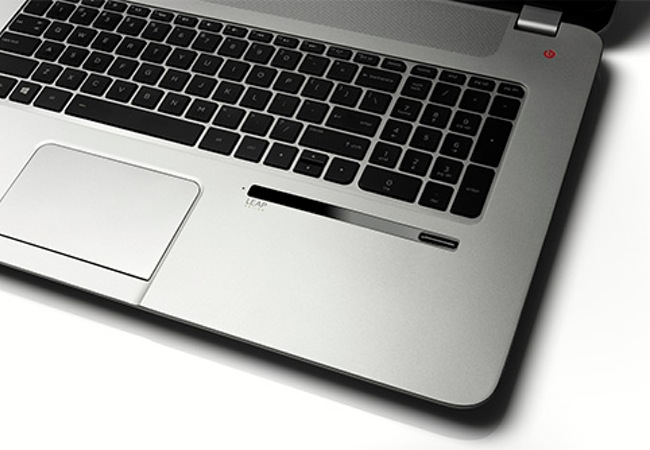 The new Leap Motion laptop has been created by HP and have built in the leap controller into their Envy 17 laptop. The Leap Motion controller is just a small black strip which can be seen in the image above.

Unfortunately no information on pricing or worldwide availability has been released as yet for the Leap Motion Laptop HP Envy 17, but as soon as information comes to light we will keep you updated as always.

“When we developed the Leap Motion software and hardware, we always envisioned taking our technology beyond the Leap Motion Controller that plugs into your laptop or desktop. That day has finally arrived. Because the power of Leap Motion is really in the software, the hardware components can be small and simple – without sacrificing performance. As a result, our technology has the potential to be embedded in a wide variety of devices, and we’re excited to get started. In addition to the notebook announced today, HP plans to embed Leap Motion’s technology into more products soon.”

For more information on the new Leap Motion Laptop jump over to the Leap Motion website for details.