The new Hollywood feature ‘Girl Walks Into A Bar’ film created specifically for the Internet produced exclusively for Internet distribution is now screening on YouTube. Directed by Sebastian Gutierrez the movie is a sharp-witted comedy that follows a group of apparent strangers in interlocking stories taking place in ten different bars during the course of one evening throughout Los Angeles. Watch the trailer after the jump.

‘Girl Walks Into A Bar’ was premiered at The ArcLight Hollywood Cinemas on March 7, 2011 in Los Angeles and is now available to view worldwide for free exclusively on YouTube with sponsorship from car manufacturer Lexus. 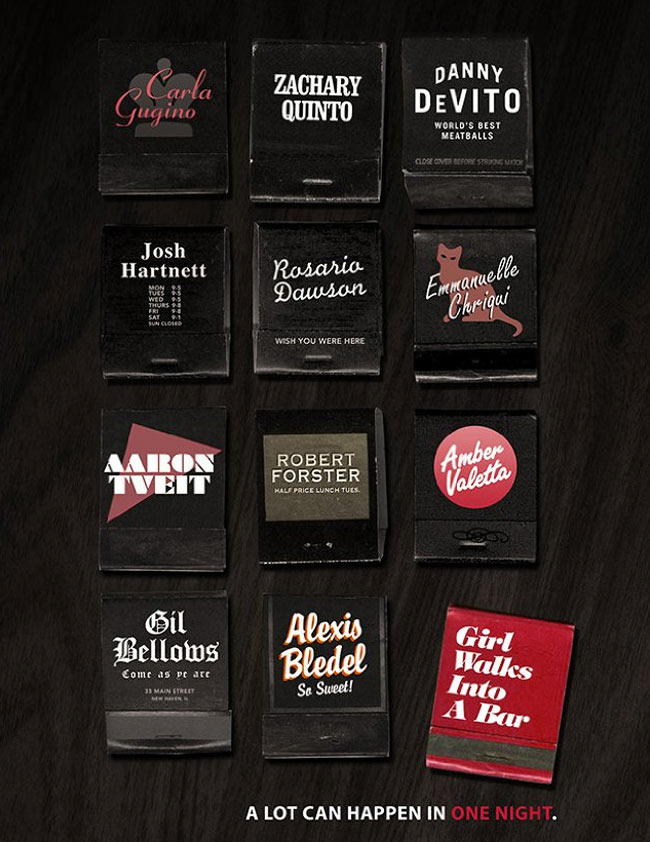 ‘Girl Walks Into A Bar’ connects a group of apparent strangers over one night across ten bars throughout Los Angeles. Zachary Quinto stars as a dentist who teams up with a feisty would-be assassin (Carla Gugino) to put the final touches on the plan to kill his wife. Once he makes a play for the assassin’s payment, he unknowingly sets off a chain of events that fuels a crosstown journey through the many lounges, bars, strip clubs and the occasional nudist ping pong clubs scattered across Los Angeles.