Hale what? HALE-D, as in High Altitude Long Endurance-Demonstartor. In other words, a newfangled airship. Wile its common knowledge that airships are old tech, the aircraft type has been in disuse for ages. But thanks to the extended campaigns in Afghanistan and Iraq, airships are back in fashion. Especially in surveillance and security roles, which is the raison d’etre of the HALE-D. 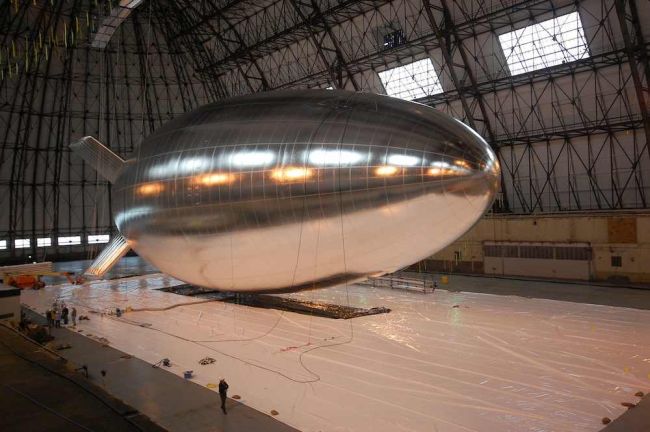 The funny part is Lockheed Martin’s new baby ran—or perhaps flew—into unexpected trouble on Wednesday morning. At daybreak July 27 the HALE-D took off from an Akron, Ohio facility and did a test run. The trouble began when it tried to achieve a ceiling of 60,000 ft. It managed at least half before it made an emergency landing somewhere in God-blessed Pennsylvania.

While Lockheed Martin have already recovered the airship, this particular setback puts the spotlight back on the craft’s flaws. Airships have always proven volatile and susceptile to malfunction. What surprises us is almost a century since they first entered service, the same hurdles haven’t been resolved yet.

Oh well, better luck next time. But airships are still cool in our book. The best thing about airships is they have the potential to become UAV carriers to fulfill a variety of roles. Or as UN-sanctioned Kirovs. A magnificent idea, it is.