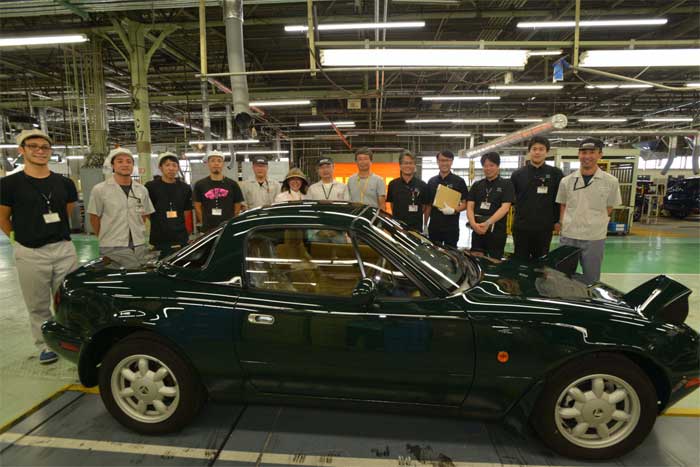 Mazda announced that it would be offering factory restoration on the slick NA first-generation Miata roadster. People had to apply to be the first and the car was chosen by Mazda was an NA car that was a special edition with a wooden steering wheel and other tidbits. It appears to be essentially the M edition we had in the States.

The completed car looks and runs like brand new and had been owned by the same Japanese man for many years. The car is a special green color with a hard top and beige leather inside. This may be the first restoration but won’t be the last.

Mazda plans to restore more NA first-gen Miata cars and to have a parts re-supply business for those wanting to do their own restorations. I’d totally drive a factory restored Miata, these are such fun cars, especially on a race track. The restoration took about two months.