Cooliris has just launched the first 3D advert designed specifically for the iPad. The new creation was commissioned to promote a new series for The Weather Channel called “From the Edge” which features award winning photographer Peter Lik.

The new 3D iPad advert allows users to view the Grand Canyon is glorious 3D and by tilting your iPad in different directions, you can move around the image to view it from different angles. 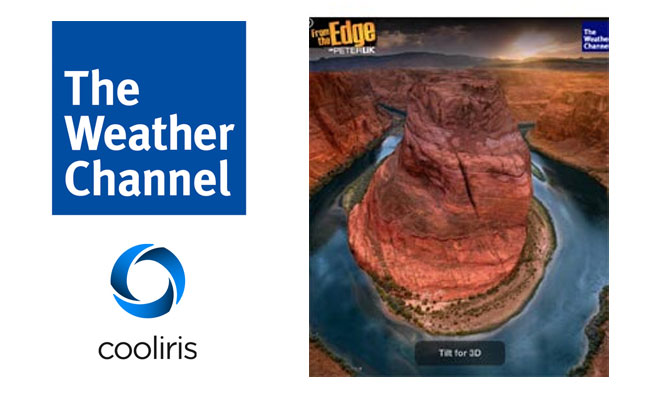 Cooliris has developed two new technologies to enable advert designers to transform 2D images into 3D, one of which is called PageKit a new digital publishing technology that makes it possible to quickly create dynamic, animated layouts of text, image and video. Together with RenderKit a platform for producing immersive mobile ads, and adds 3D to PageKit.