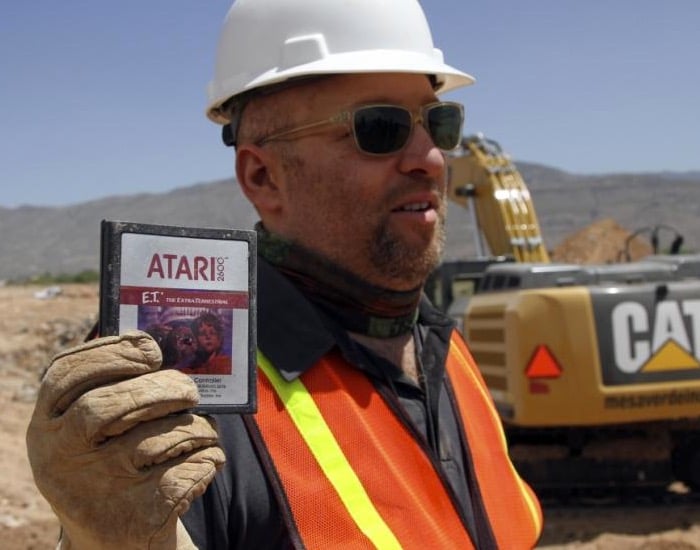 During the summer of this year a slightly unusual archaeological dig took place in Alamogordo, New Mexico that unearthed a horde of Atari game cartridges that were dumped by Atari in a landfill site 30 years ago after sales for the Atari 2600 cartridges didn’t hit expectations.

The horde of games re-covered in a landfill included Atari ET: The Extra-Terrestrial together with others and have now raised $37,000 on eBay thanks to the first 100 cartridges that when added to the auction site earlier this month.

The highest bid for a single game cartridge on eBay was for a boxed copy of the Atari ET game that was still in fairly decent condition and raised $1,537 or £940. There are now 700 remaining Atari cartridges ready to auction on eBay and the money raised will go towards covering the councils $50,000 cost of the excavation. Local historian Joe Lewandowski told news channel KRQE:

“It’s really gratifying to see that happening because again to everybody it was a bunch of garbage in the landfill,”-“You’re kind of nutty to go dig it up.”-“It seemed like every seven to 10 minutes it went up a thousand dollars, a thousand dollars, so it was just instantaneously 24, 25, 26,”

For more information on the Atari games discovered in the landfill jump over to the IGN website for further details via the link below.