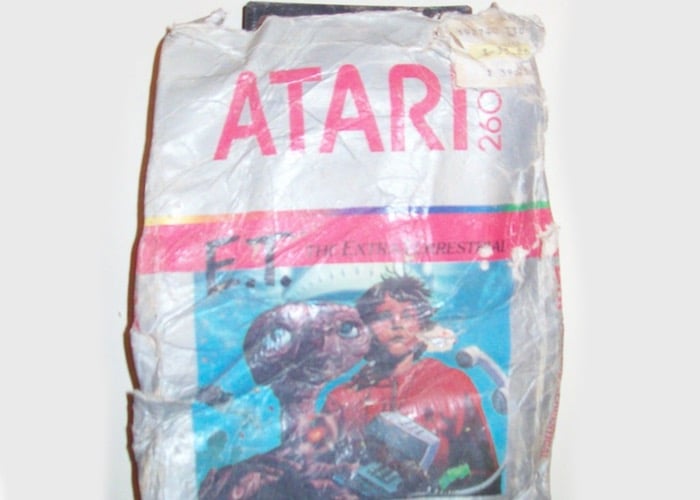 If you are interested in getting your hands on one of the original Atari ET games that were buried by the company in the desert more than 30 years ago and have now been recovered.

You might be interested to know that the games are selling for up to $500 or around £315 on eBay at the current time. Each dug up Atari ET game comes complete with its certificate of authenticity from the archaeological survey as proof of its origin

Atari dumped the games in a landfill site near the city of Alamogordo in New Mexico after sales of the game bombed back in 1983. The eBay auctions for the Atari ET games and others found in the landfill such as Missile Command, Asteroids, Warlord and Defender that are also available for less priced at around $50 reads.

“Purchaser will receive the game as portrayed in photo, city property ID tag, the certificate of authenticity and a narrative with photos of the 1983 burial and the 2014 excavation,”-“The seller does not represent that this item is operable; it was buried for 30 years. SOLD AS IS.”

Jump over to the eBay auctions now to get yourself a piece of gaming history via the link below.