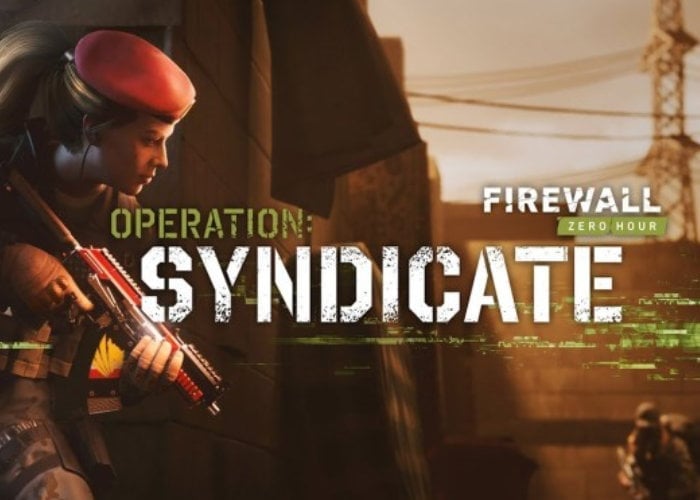 Damoun Shabestari Game Director at developers First Contact Entertainment has taken to the official PlayStation blog this week to reveal more details about the fifth season of Firewall Zero Hour, which is now available to play on the PlayStation VR with a new map, contractor and more.

“Operation: Syndicate launches with a brand new map, Blacksite, available for free for all players who have access to Firewall Zero Hour. Set at the golden hour of sunset, players will find themselves in the Blacksite — the sector of a Middle Eastern city with a heavy military presence. Work with your teammates to scope out the apartment interiors, creep around alleyways, and fight through the open air marketplace to protect (or defend) the data on the laptop! You’ll utilize an array of cover points across the map, from field tents to sandbagged rooftops. And beware of those tight engagement zones! Players will also find themselves immediately immersed in the Blacksite map scene, as it becomes the Lobby environment during Operation: Syndicate.”

“This season introduces a brand new Contractor: Lucia Gallo, better known by her hacker handle — Luna. Born in Italy, Luna’s studies were predominantly focused on computer science and combating cyberterrorism. Her masterful abilities lead to her being hired to spearhead a newly established cyber security agency. At the same time, she took up weapon and combat training to match her abilities as a hacker–becoming the perfect combo hire. Luna’s Skill of “Backtrace” is very unique: players can see the outline of all signal jammers in the world for 4 seconds, helping players locate and destroy the equipment in time. This Skill is the perfect antidote for even the sneakiest jammer placements. Luna and her Skill are only available to Operation: Syndicate Op Pass holders.”