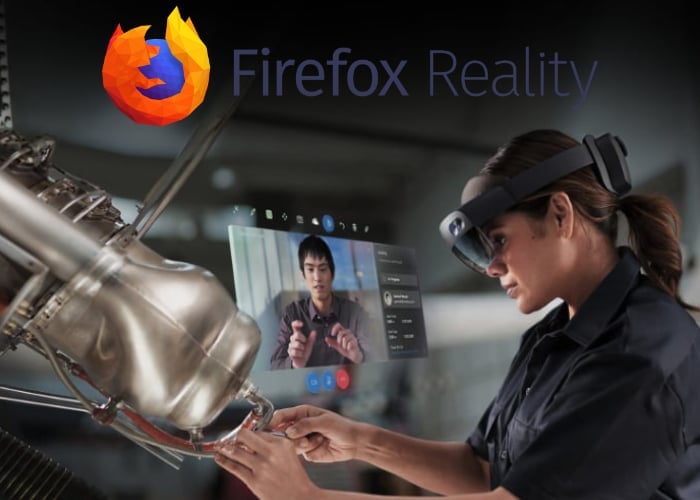 Earlier this week Microsoft announced and showcased their new HoloLens 2 mixed reality headset at this years Mobile World Congress 2019 (MWC) technology conference in Barcelona, Spain. Following on from the announcement was Villa has announced a collaboration with Microsoft to bring their Firefox Reality web browser to the new hardware, although the current time no release date has been confirmed.

Mozilla has also explained during the summer months of 2019 they will also be bringing their Mozilla Servo web platform to the HoloLens 2 platform. Lars Bergstrom, director of engineering at Mozilla’s mixed reality program explains. “Building on Microsoft’s years of experience with the current HoloLens among enterprises and consumers, we will work together to learn from developers and users about bringing AR content to the web.”

“In the coming months, we will be working with the Rust community to bring the language and runtime that enable us to deliver a more secure experience to the HoloLens platforms. And we will then build on our previous work on AR headsets to bring our next generation web platform, Servo, to the HoloLens 2 when it is available this summer.”

For more details jump over to the official Mozilla blog page by following the link below.