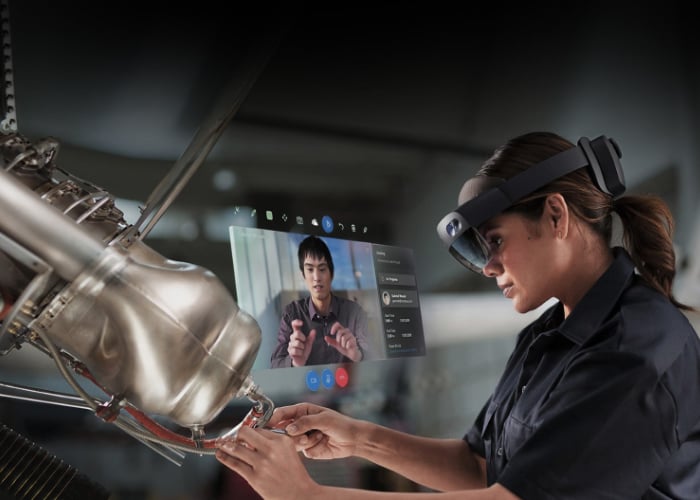 Building on the first Microsoft HoloLens Mixed Reality headset launched back in 2016, Microsoft has this week unveiled its second generation taking the form of the HoloLens 2. The new HoloLens 2 Mixed Reality headset will be available later this year priced at $3,500 and is now available to preorder from today with bundles available including Dynamics 365 Remote Assist from $125 a month. HoloLens 2 will be initially available in the United States, Japan, China, Germany, Canada, United Kingdom, Ireland, France, Australia and New Zealand.

Watch the demonstration video below to learn more about the new Microsoft HoloLens 2 Mixed Reality headset and its features which include eye-tracking sensors that make interacting with holograms even more natural. “We have more than doubled the field of view in HoloLens 2, while maintaining the industry-leading holographic density of 47 pixels per degree of sight. HoloLens 2 contains a new display system that enables us to achieve these significant advances in performance at low power.”

Ergonomics of the headset has also been enhanced by Microsoft who have designed a more balanced centre of gravity, thanks to the use of carbon-fiber and a new mechanism for “donning the device without readjusting”. Microsoft explains a little more

“We have also completely refreshed the way you interact with holograms in HoloLens 2. Taking advantage of our new time-of-flight depth sensor, combined with built-in AI and semantic understanding, HoloLens 2 enables direct manipulation of holograms with the same instinctual interactions you’d use with physical objects in the real world. In addition to the improvements in the display engine and direct manipulation of holograms.”

For more details on the new HoloLens 2 Mixed Reality headset and to preorder jump over to the official Microsoft website.