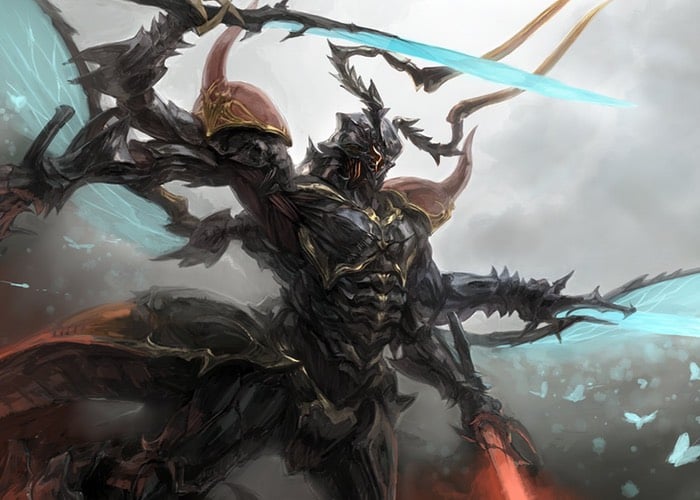 So look away now if you don’t want to spoil the surprise before you play the Final Fantasy XIV game. Otherwise check out a five minute look at the opening cinematic below.

If you would like to get early access to the new Final Fantasy XIV Heavensward game, it will soon be available to pre-order via the PlayStation Store, says Square Enix. Thaens explains a little more:

“When I was much, much younger, I was awestruck by the cut scenes that were introduced with Final Fantasy VII, like when the Lifestream emerged to deflect Meteor. Or Squall and Rinoa’s famous dance at the ball in Final Fantasy VIII, which was also used to show off the capabilities of the PlayStation 2 system before its launch by rendering the scene in real-time.

The melody still hangs in the air… If you’d told me back then that, at some point in my future, I’d be able to present equally avid fans with the opening cinematic of a Final Fantasy game, I would probably have laughed in disbelief. Yet here I am, writing this…”