Far Cry 3 Blood Dragon is will arriving on PC, the PlayStation Networks and Xbox Live, and from today you can also purchase the game’s soundtrack, as provided by Power Glove. 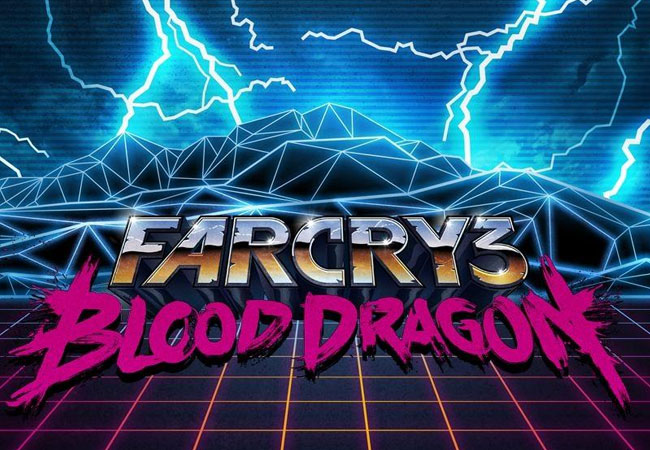 “Developed by Ubisoft Montreal, Far Cry 3 Blood Dragon lets players get the girl, kill the bad guys and save the world in a VHS-era vision of the future! As Sergeant Rex Colt, you are part man, part machine, all American. You are a state-of-the art Mark IV cyber-commando on a mission…of vengeance.

You’re out to bring down your old commanding officer and his battalion of ruthless killer cyborgs and you’ll stop at nothing to get the job done. Hollywood action icon Michael Biehn (The Terminator, Aliens, and The Abyss), returns in this explosive 1980s style sci-fi vision of a dark future, in Far Cry 3 Blood Dragon.

Turn off your VCR, plug in your video game cabinet, and get ready to experience all of the thrills of Far Cry 3 Blood Dragon, releasing May 1, 2013 as a stand-alone digital title. All PC pre-orders will receive a free copy of the soundtrack by Power Glove. And yes, we do have Blood Dragons shooting lasers from their eyes!”