A fake iOS 7 advert has been posted online, the advert basically says that if you update to iOS 7 your iPhone will be waterproof, this is not the case, and unfortunately some people fell for the fake advert.

The fake iOS 7 advert is believed to have started on 4Chan, and then spread to social media, where unfortunately some people tested out the waterproofing on their iPhone. 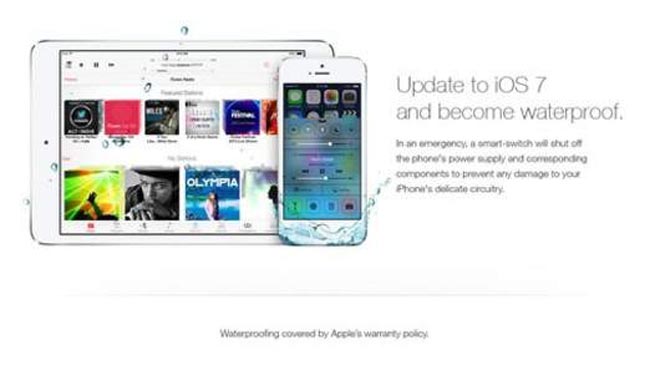 As you can see the advert above could be quite convincing, and some people seem to have fallen for it, the advert has been designed to look exactly like Apple’s adverts.