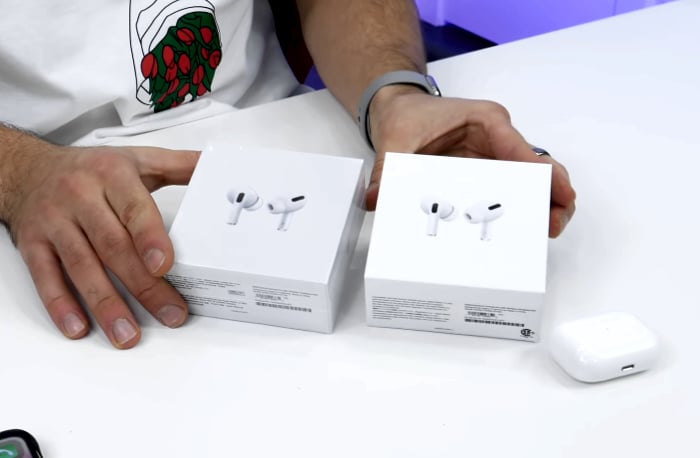 EverythingApplePro has managed to get their hands on a pair of these fake AirPods and we get to see how they compare side by side with the original ones from Apple.

As we can see from the video on the surface these look very similar to Apple’s device, the packaging even looks similar and unless you were comparing them side by side it would be hard to tell the difference.

The sound quality on these fake AirPods are not going to be anywhere near as good as the original ones and they do not come with the noise cancelling features that the original ones have. It is interesting that the fake ones cost $80 when they are probably worth $10 at most.