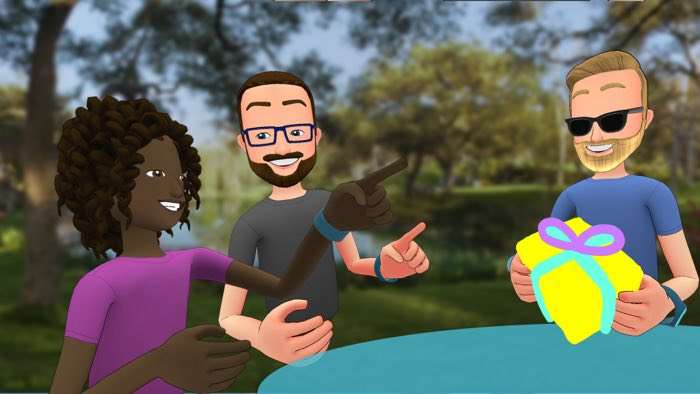 Facebook has announced a new way to connect with your friends in VR called Facebook Spaces and it is launching in beta on the Ocolus Rift and Touch.

The Facebook Spaces app allows you to create an avatar which looks like you to use in the app, you can customize it exactly how you want.

Spending time with friends and family creates many of our most meaningful memories, but it’s impossible to always be physically near the people we care about. That’s where the magic of virtual reality comes in. Today, we’re introducing Facebook Spaces — a new VR app where you hang out with friends in a fun, interactive virtual environment as if you were in the same room. Facebook Spaces launches in beta for Oculus Rift and Touch today, and you can download it now from the Oculus Store.

It’s easy to create an identity that represents the real you in Facebook Spaces. This helps people recognize you and makes VR feel more like hanging out in person. Just choose one of your Facebook photos and you’ll see an array of options for your VR appearance. Start with one of these options, then customize until it feels just right. You can change your eye color, hairstyle, facial features and more until your look fits your identity. It’s all about being yourself.

You can find out more details about the new Facebook Spaces app over at Facebook at the link below.