Facebook has been testing a new photo synchronization feature for the last three months. The feature is called Facebook Photo Sync and with testing complete Facebook is now rolling the service out to all users. The feature allows users to automatically upload photos taken with their smart phone to the Facebook website into a private folder. 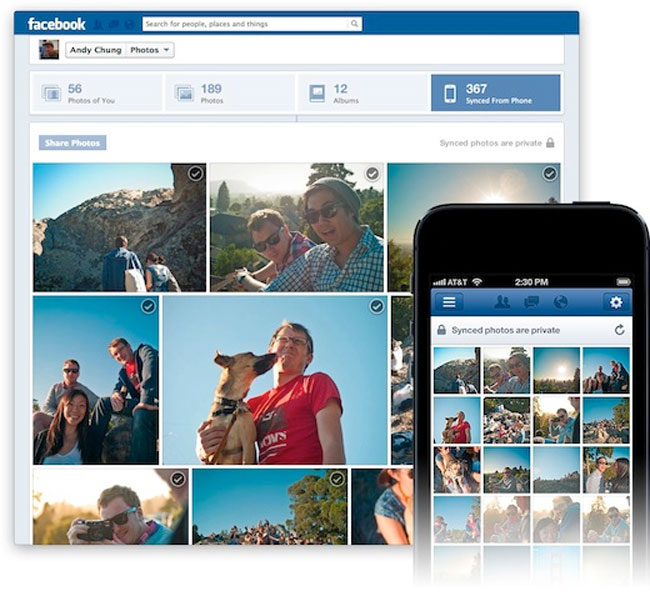 That means you don’t have to worry that embarrassing or inappropriate photos will automatically be set to public on Facebook. The option to sync photos is accessed via the left-side sidebar on mobile phone or tablet. After that sidebar is open, users can scroll down the photos under apps and activate Sync.

Once the feature is activated, you’ll have a new tab beneath your photos along with the existing tabs for Photos of You and Albums. If you want to make the photos available for public viewing, you have the option to do that. The update is going out in a staggered fashion so some users may have access to it now and others may not.