Today Facebook has started rolling out a new redesign to its mobile site, Android and iOS smartphone Apps. Unfortunately Blackberry users with still have to wait for an update for their system which hasn’t yet been announced as yet by Facebook. 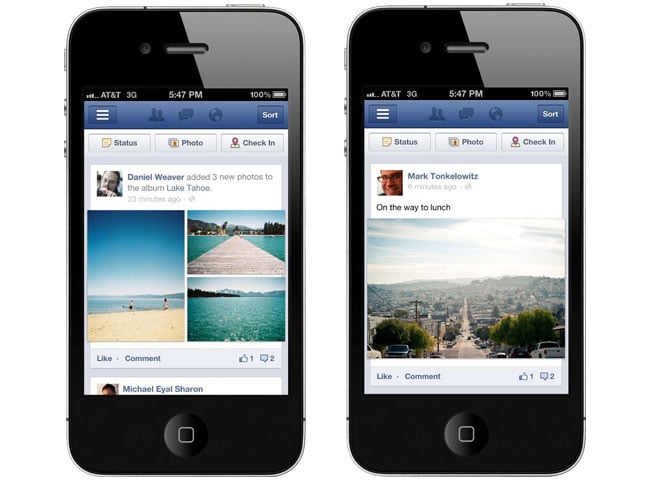 The new redesign has been created to provide users with a cleaner user interface and now provides photos which are three times larger than before. Filling your mobile screen from edge to edge, in an Instagram style layout.

The redesigned news feed now show one post rather than the two or three it used to reveal and provides a more visual approach mobile Facebook updates. With a new larger three-photo news feed preview, now available.

To use the new revamped Facebook design update your smartphone apps now, or visit the Facebook mobile site at m.facebook.com, enjoy!