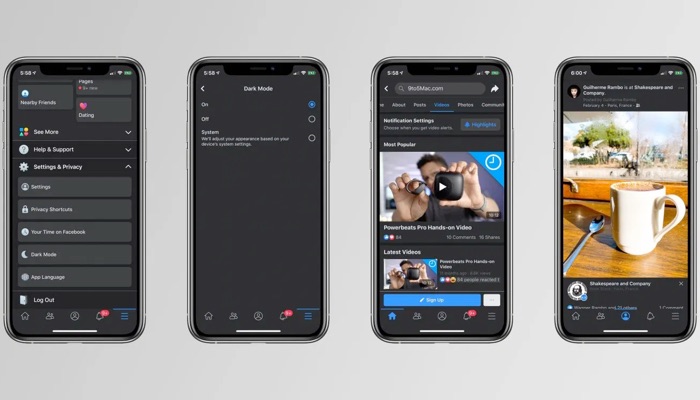 Facebook is working on a new dark mode for its Facebook iPhone app, the company has previously released a dark mode for Instagram and Messenger apps and also WhatsApp.

Now some screenshots of the dark mode for the Facebook app have been leaked, this new mode was discovered by Wabetainfo.

According to 9 to 5 Mac, the new dark mode for Facebook will not be completely black, it will feature a gray scale design with white accents for icons and logos.

You will be able to manually enable and disable dark mode in the Facebook app, just like other apps and you will also be able to adjust the appearance of the app based on your preferences. the app will automatically change its appearance with dark mode scheduling if you use it.

As yet there are no details on when Facebook will release an update to their iPhone app to enable the dark mode, as soon as we get some more details, we will let you guys know.