Providing a service similar to that offered and available via a number of other iOS applications such as Instapaper and Pocket. Facebook has this week rolled out a new feature to its iOS application and website, that allows Facebook users to save posts to read at a more convenient time.

Once you have started saving posts within the Facebook iOS application you can browse them as their own feed at a later date, when it’s more convenient to catch up on their content. 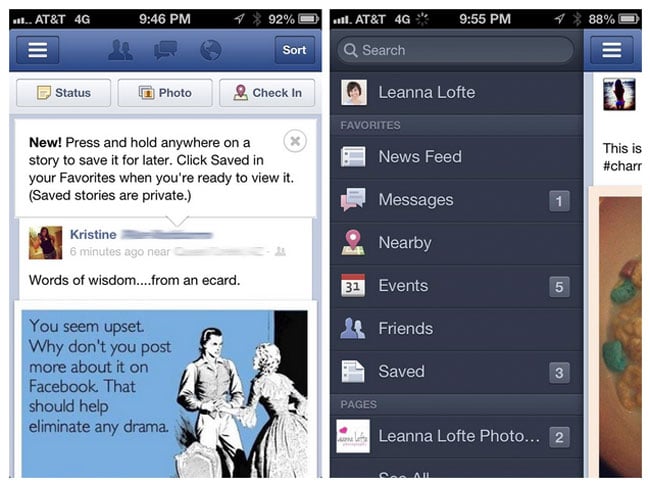 To start saving posts to read later within Facebook iOS application simply hold down your finger on the article you would like to save, and a pop-up will appear prompting you to save the article for later.

Once you have read the article you will then need to mark them as “unsave” to remove it from the saved folder. All articles within your saved folder are private and personal to you, and no update is needed to receive the new save feature. You will simply see a notification within your Facebook iOS application as in image above. The save feature is now also available on the main Facebook.com website.