A new facial recognition system for Windows Phone 7 has been developed by Vangos Pterneas based on porting Rene Schulte’s open source Facelight libraries.

Even though the system is currently still under development and is limited, it uses a skin recogniser to detect one face per image at the moment but is an excellent example of how Sliverlight is helping developers bring ideas to life. 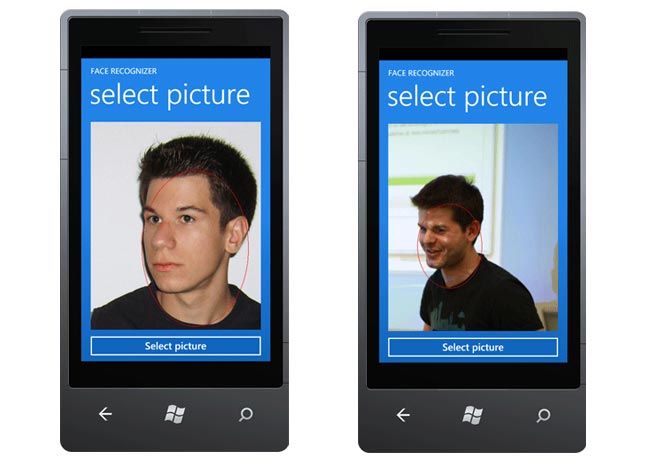 Vangos Pterneas explains that it was a easy task to port Facelight to Windows Phone and he made almost no changes in its initial code only adding an intermediate class in order to separate the pure face detection code from the user interface.

Pterneas has made the Windows Phone 7 face recognition system he has create free to download and have fun with complete with all source code is included.