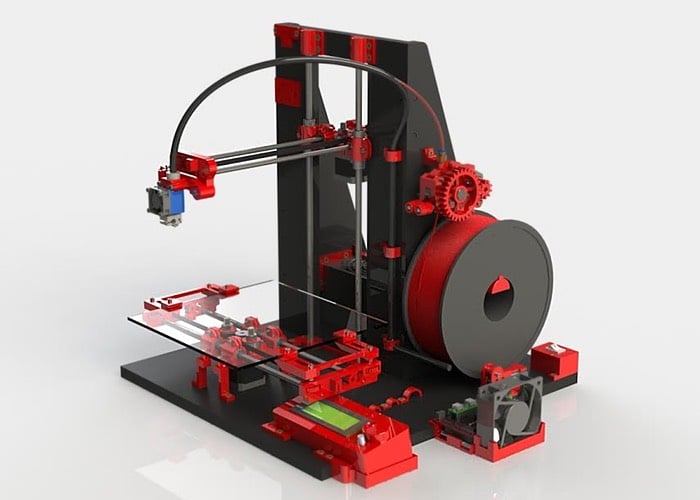 3D printers that can be used to self replicate to a certain extent, were started with the RepRap, with many of its parts being capable of printed on a machine to create another RepRap 3D printer.

Working along those principles a new 3D printer has been created called the Fabrap 3 that builds on the already launched Fabrap 1.1, Fabrap 2.0 designs.

Fabrice, David, Frederic and Daniel the creators of the 3D printer and were originally located in France. Fabrice explains a little more about the Fabrap 3 in a recent interview with 3D Print :

“In July of 2014, I was looking for a cheap RepRap, so I bought a Smartrap kit,”-“It was my first RepRap, and I discovered everything with this small machine. It was an incredible one but it lacks some smalls things/features that could make it better. I have a mechanical background and I’m a SolidWorks user for 15 years, so I started modifying the existing design.”

“A Fabrap 3.0 can be made for under 300 Euros if self-sourced,” Fabrice tells us. “To achieve this, we give links to buy mechanical and electrical stuff on our website. We are selling only a plastic part kits for the moment.”

For more information on the new Fabrap 3.0 3D printer jump over to the development teams website for details via the link below.