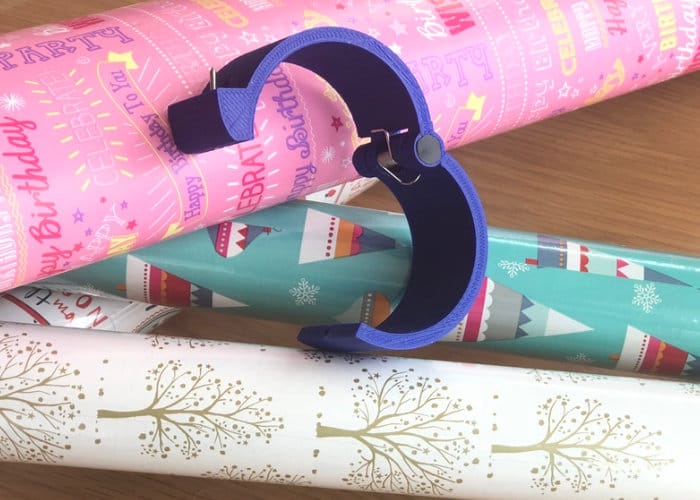 Ezee Cut has been designed by a family based in the United Kingdom and has this week taken to Kickstarter to raise the £3,000 required to make the jump into production. “Wrapping presents can be one of the most boring jobs, trying to cut the paper with scissors when it keeps rolling up is a nightmare, well not anymore, the Ezee Cut makes it not only easy, but fun. Unlike any other wrapping paper cutter, the Ezee Cut cuts both ways saving paper and it speeds up the wrapping process, all with just one blade. Also unlike other cutters the blade on the Ezee Cut is replaceable and available from us or Ebay. The blades are sold by hundreds of sellers on Ebay so getting them will never be a problem, it comes with 2 blades that will last you many years. It’s so safe, even the kids can use it.”