You might remember the toy Wall-E robot we featured here on Geeky Gadgets, that was transformed in to a fully functional robot back in July of this year. Since then the creators of the robot have been busy transforming their modifications in a DIY robot kit, that now provides you with everything you need to create your very own personal robot.

The great thing about the new EZ-Robot kit is that it can be applied to practically any toy or custom robot you like. Giving any toy you wish to modify, vision tracking, speech recognition and more. Watch the video after the jump to see it in action. 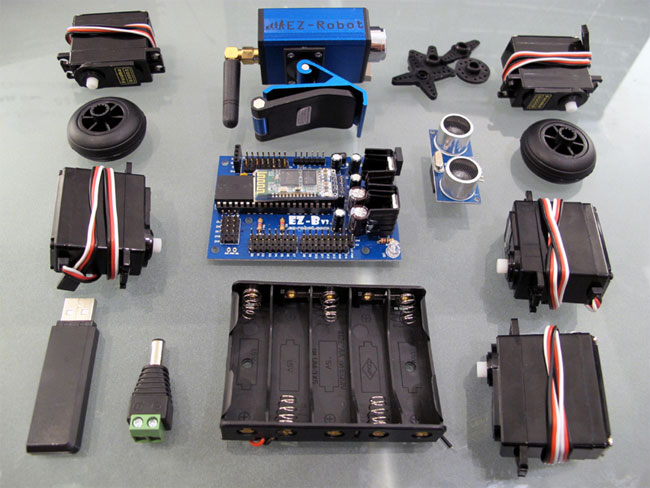 The EZ-Robot kit is available to purchase for $235 and comes complete with a wireless controller, ultrasonic distance sensor, wireless tracking camera, three standard servos, two continuous rotation servos and battery pack. Together with software that will allow you to control your robot without the need to know any programming languages.

“Canadian made by DJ Sures, EZ-Robot offers an innovative way of building DIY Robots at home. The EZ-B is a robot controller that connects to your computer over Bluetooth. The included EZ-Builder software on your computer controls the output of the EZ-B Robot Controller. Add a range of peripherals to your EZ-Robot Project; including Cameras, Joysticks, Distance Sensors, LEDs, Servos, Digital Displays, Motor Controllers, iRobot Roomba, and more. Watch Tutorial Videos to see what EZ-Robot can do!”