A Wall-E plastic toy has been given the ultimate make over, transforming it from a lifeless plastic toy in to a working Wall-E Robot complete with camera, voice recognition, and object tracking.

The Wall-E toy was converted by Canadian “DJ Sure” and is built using a EZ-B Bluetooth Robot controller with its functions being handled by the included EZ-builder software. Watch the video after the jump to see the modded Wall-E in action. 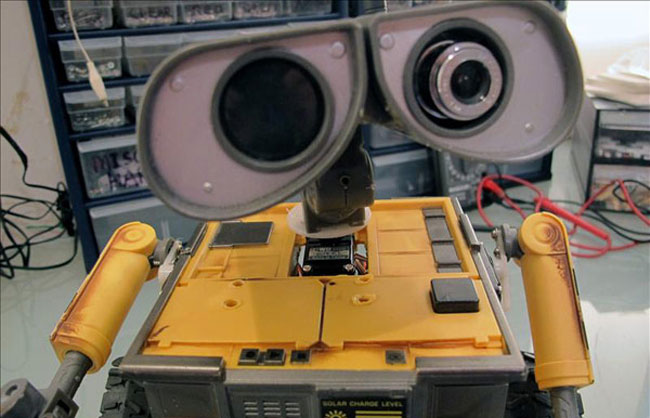 The new Wall-E  was built using a U-Command Wall-E and includes modified servos for the tracks and standard servos for the arms and neck. With Wall-E’s head moving in two dimensions and able to track human faces together with colours, exploring and running autonomously, listening for voice commands.