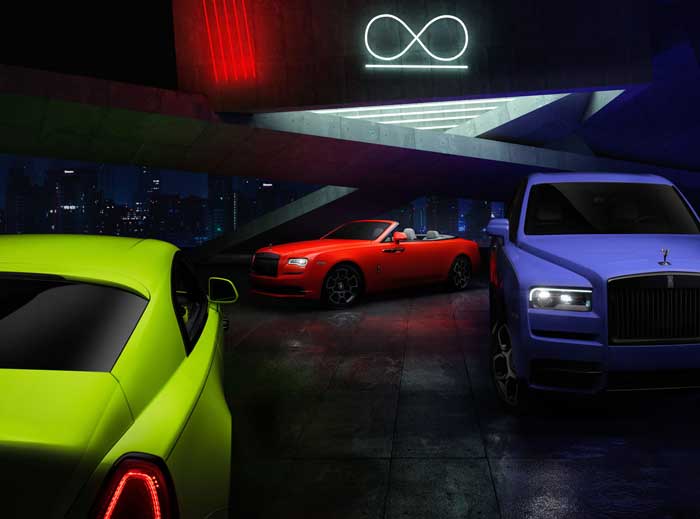 Rolls-Royce has announced a new, extremely limited edition of some of its most iconic hyper luxury cars. There are three vehicles in the Neon Nights series, including the Dawn, Wraith, and Cullinan Black Badge. All three vehicles wear bright neon colors inspired by exotic plants and animals.

Only four of each car will be offered globally, with three aimed at markets other than the US. The Wraith is offered in Lime Rock Green inspired by the Australian green tree frog. It has an interior in Scivaro Gray with Line brought Green accents for stitching and piping.

The Dawn Black Badge is painted in Eagle caprock Red meant to mimic the flowers of the Ōhi‘a lehua tree native to Hawaii. It has a Selby Gray leather interior with koi red stitching and piping. The last is the Cullinan painted in a caller called Mirabeau Blue inspired by the Rhetus periander butterfly. It features Arctic white leather with Lime Rock Green contrast.