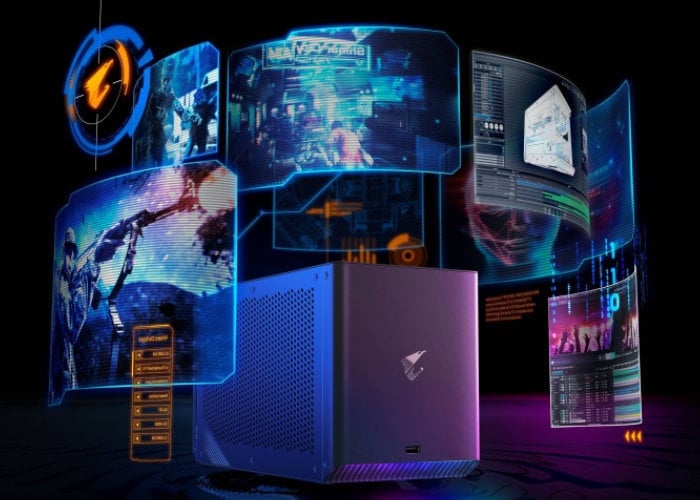 Both GPUs bring the power of GPU-accelerated artificial intelligence and machine learning to your laptop PC. AI developers and data scientists can achieve results easier and faster with AORUS RTX 3090/3080 GAMING BOX.

“AORUS RTX 3090/3080 GAMING BOX is the world’s 1st external graphics box with a built-in all-in-one water cooling system. In order to enjoy the best GeForce RTX 3090/3080 computing performance and comfortable environment at the same time, AORUS WATERFORCE is the only solution that can satisfy both demands in a compact size. AORUS provides an all-around cooling solution for all key components of the graphics card.”

“Powerful AORUS RTX 3090/3080 GAMING BOX accelerates your work with incredible boosts in performance. Whether you are doing video editing, 3D animation, photography, Graphic design, architectural visualization of broadcasting, it can save you a lot of time. We take care of not only the GPU but also the VRAM and MOSFET to ensure a stable operation and longer life. AORUS WATERFORCE all-in-one cooling system integrates a large copper plate, a 240 mm aluminium radiator and two 120 mm fans. With an optimized pump and water block, it provides the most efficient water flow and cooling performance at a lower noise level.”