We have talked about ExoPC before. The company is behinds that 8.9-inch tablet we talked about in February. ExoPC has announced that one of its more anticipated products can now be pre-ordered. The product is the ExoPC Slate tablet.

The Slate runs Windows 7, has an 11.6-inch screen, and runs an Atom CPU. It will ultimately come in 32GB or 64GB storage capacity with WiFi, Bluetooth and lots more. The 64GB version of the Slate is now available for pre-order. The device is missing one of the features we expected though. 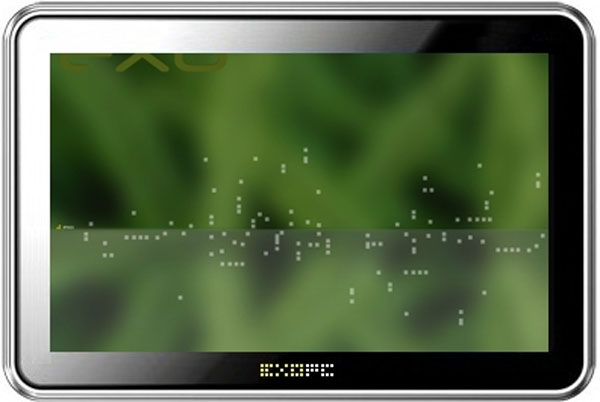 The maker hasn’t been able to get GPS to function on the machine. Therefore, at this point GPS may not be on the finished product. To help people who want to pre-order feel better about buying the pre-order price has been cut to 749 CAD from 799 CAD. The company has also announced that the SSD in the pre-order device is from SanDisk.