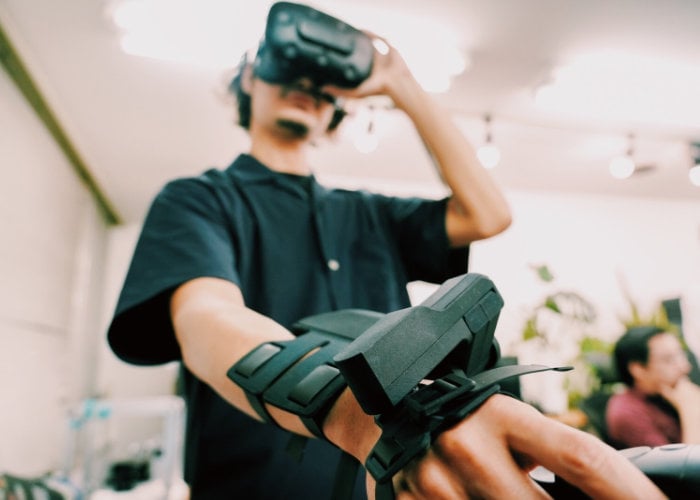 Virtual reality developers looking to develop projects that include haptic feedback within VR environments may be interested to know that Japanese-based start-up Exiii is offering its VR haptics wrist system to developers on a loan basis. The Exiii EXOS Wrist DK2 haptic feedback system is available for up to 6 months free of charge and can be seen in action in the demonstration video below.

Ownership and rights associated with the content created through this program belong to the developers. However, exiii may ask permission to show the developed content via a movie or demo promotion in order to promote EXOS.

“Exiii launches “EXOS for Hackers,” a free rental program for the wearable haptic devices called EXOS Wrist DK2. Released in October 2018, EXOS Wrist DK2’s main users have been large enterprises with sizable budgets. In order to explore further use cases and establish a more vibrant developer community, this program targets independent or developers at startups that have limited budgets.”

If you are interested in registering your details to possibly be able to loan one of the new Exiii EXOS Wrist DK2 development kits jump over to the official Exiii website by following the link below to register your details.