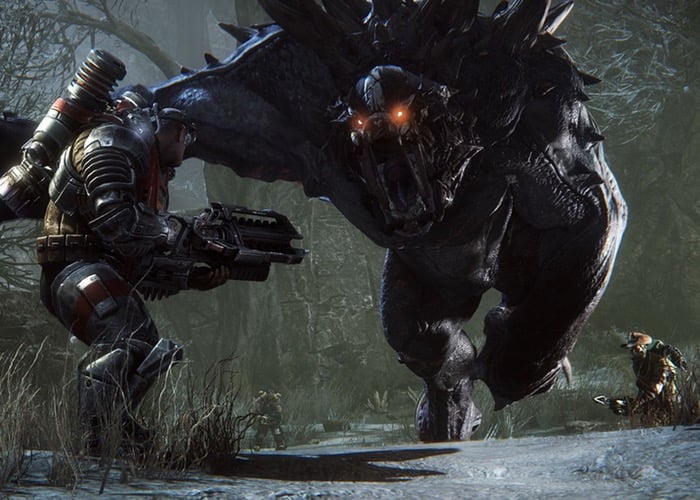 Gamers looking forward to the launch of the new Evolve game that tests the skills of four player characters against a player controlled monster, are sure to enjoy this new Evolve Evacuation story trailer that has been released this week.

The Evolve game will be launching on next-generation Xbox One and PlayStation 4 consoles as well as PC systems on February 10th 2015. With an exclusive Xbox One beta stage of development taking place sometime in January.

“Twelve elite hunters are sent to a distant colony planet to hunt a monstrous threat.”