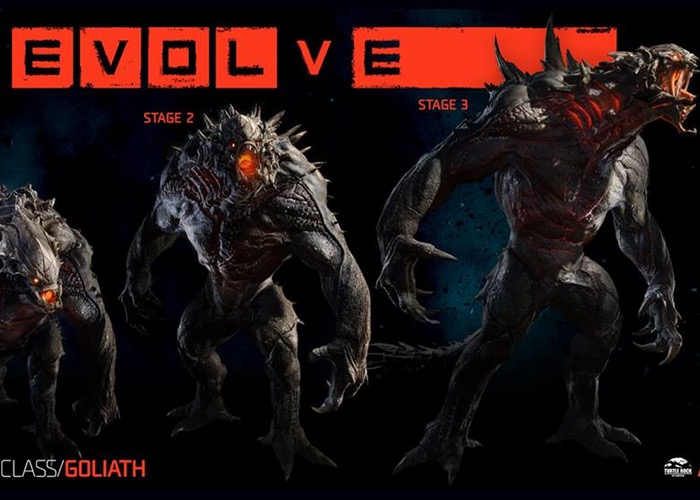 Gamers interested in learning more about playing the Goliath monster in the new Evolve game are sure to enjoy this new 20 minute gameplay trailer that provides a number of tips and tricks monster players can use to take out the Hunters trying to take its scalp.

The New Evolve game was expected to be launched later this year but has now been pushed back into February of 2015. Check out the gameplay trailer after the jump to see how the Goliath plays and some of the special abilities you can use against hunters.

Evolve gameplay takes the form of four players trying to take down a monster which is also player controlled, with all players and monsters have their own unique special abilities.