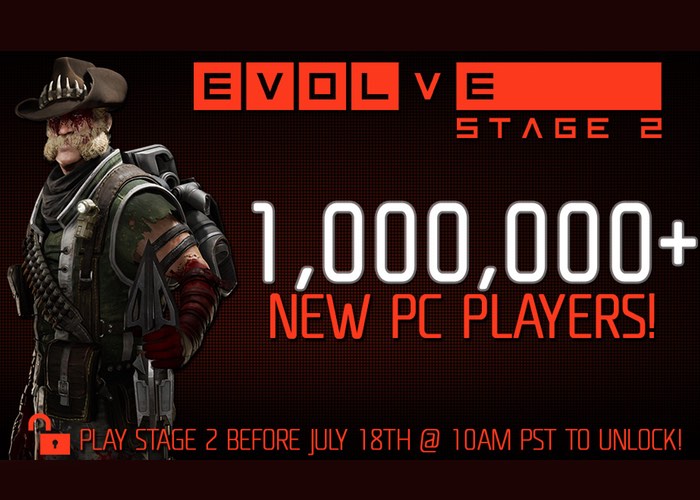 Earlier this week 2K Games rolled out its new Stage 2 version update of Evolve on PC, bringing with it a new free-to-play model which seems to be attracting new players back into the fold.

Since the launch of Stage 2 more than 1 million beta players have downloaded and logged on to the new PC Evolve game which brings with it a number of new features and gameplay mechanics.

Check out the video below to learn more about what you can expect in the newly updated Evolve Stage 2 which is now available to download from the likes of Steam.

It’s been less than a week since the launch of Evolve Stage 2 on PC and, as of this morning, there are more than one-million beta players and counting on PC! This is a huge milestone for all of us at Turtle Rock and 2K, and the response from all over the Evolve community has been amazing. We couldn’t be more humbled and grateful for everyone’s support. From the bottom of our hearts, THANK YOU!

Let’s celebrate! To show our thanks, for a limited-time, players that login between Wednesday, July 13 at 3:00PM PST and Monday July 18 at 10:00AM PST will receive the new Blood Eagle Hunter Skin for Griffin after the conclusion of the event, no Silver Keys required to unlock it.

Here’s to two-million new PC players and beyond. Let the “Road to 2 Million” celebration begin! #StageUp