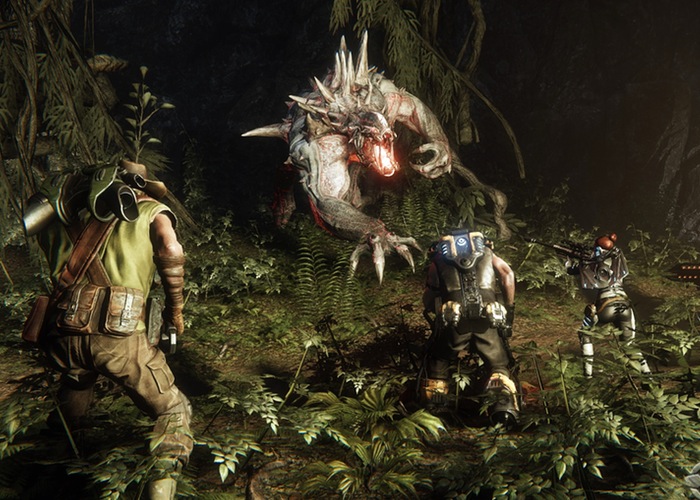 Turtle Rock and publisher 2K has this week announced they have started accepting applications for gamers to participate in the alpha testing phase of their new and highly anticipated Evolve PC game that was demoed at E3 last month.

So if you fancy helping Evolves’ development and testing by entering the closed Evolve PC Alpha gameplay phase jump over to the official site now.

But don’t delay as Turtle Rock has explained that they are hoping to have the final alpha participant list finalised by tomorrow, July 5, 2014.

But don’t worry too much if you do not get accepted to the Alpha development stage. As Turtle Rock is planning a completely separate open beta development stage that will take place on Microsoft’s Xbox One ahead of the game’s launch.

The the new and highly anticipated Evolve finally launches on October 21st, 2014 it will be available to play on both PlayStation 4 and Xbox One next-generation consoles as well as PC systems. For more information and to sign up for a chance to be involved in the games development jump over to the official Evolve website.