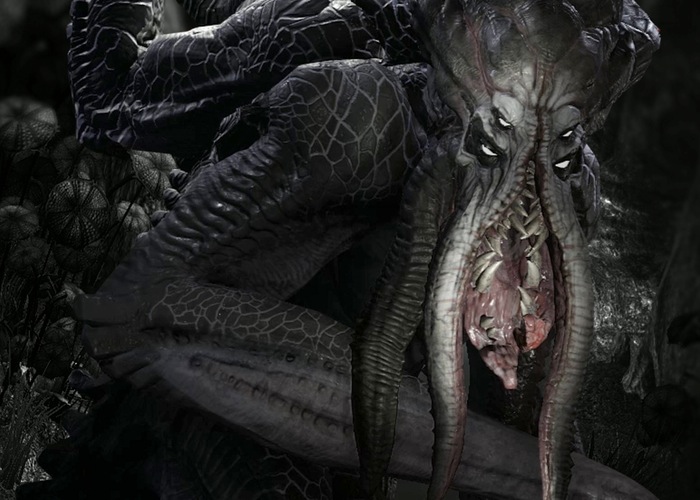 Gamers looking forward to the release of the new Evolve game expected to be launched later this year on October 21st 2014, you are sure to enjoy this new 20 minute gameplay footage that shows the mechanics of the game and one of the playable monster in the form of the Kraken.

Evolve is a co-operative first-person shooter survival game during which four human players hunt an alien monster controlled by a fifth player. During gameplay the Evolve monster player can kill other smaller creatures to evolve and become stronger after entering a cocoon stage, but during which is vulnerable for a short duration.

During the 20 minute Evolve gameplay video Jackfrags shows how to evolve your monster to level three and take out hunters that are looking to take you down. Currently only the “The Goliath” and “The Kraken” monsters have been unveiled but plenty more will be available to play.

“The game will feature a variety of maps, one of which being a large jungle, with some industrial elements where players can take shelter. There are various power ups that can be taken by both hunters and monster players through killing the local wildlife.

Evolve will be launching on October 21st, 2014 and will be available to play on both Sony’s PlayStation 4 and Microsoft’s Xbox One next-generation consoles as well as PC systems. Evolve has been developed by Turtle Rock Studios and will be published by 2K Games.