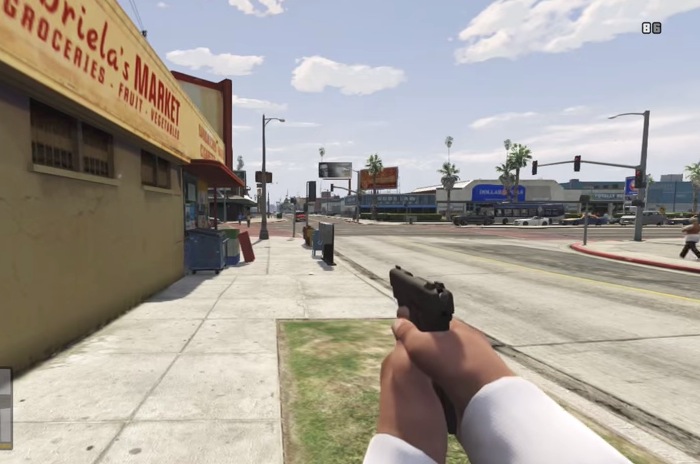 Gamers that enjoy playing the latest Grand Theft Auto 5 game but would prefer it to do it in a first-person shooter (FPS) perspective, are sure to enjoy this new GTA V mod created by XBLToothPik.

As you can see in the videos after the jump the GTA V FPS mod transforms the GTA V view from third person into first person on the Xbox 360 console.

The snippets of footage are only short and you can see that the characters face does appear when looking in certain directions, but even in this early stage of development the potential that the mod could bring to GTA V gamers is awesome.

How do you fancy playing GTA V using the new Oculus Rift virtual reality headset or possibly the new Sony Project Morpheus? As the mod is developed playing the game in virtual reality could actually become a reality, especially when the GTA V game launches later this year on Windows PC systems and next generation PS4 and Xbox One consoles.

Let’s hope that XBLToothPik continues the fine work already completed and is able to develop a modification that allows the GTA V game to play seamlessly and support virtual reality headsets. As always if more information comes to light on developments for the GTA V modification we will keep you updated as always.