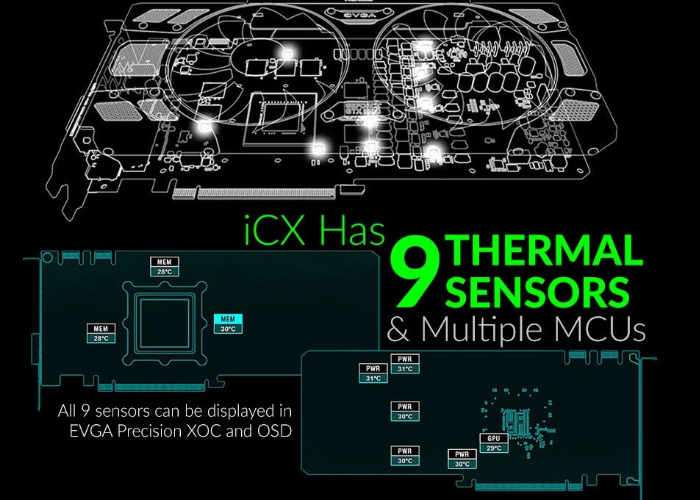 EVGA has unveiled its new iCX Technology Suite this week which features a total of 11 global patents (pending and granted), and offers nine additional sensors embedded on the PCB.

Thanks to the newly designed diecast baseplate and backplate and the specifically designed directed airflow chambers, owners are capable of engaging in full control thanks to the EVGA Precision XOC, the EVGA iCX Technology Suite design to provide interactive cooling solutions.