A new iPhone and iPad app created by startup Everyscape called Eats that provides a way to view the inside of local restaurants providing a more personal search experience.

The Eats app provides a virtual walk through similar to Google street view but for restaurants taking the guess work out of the choosing the best place to eat. Check out hte demo and a walk through after the jump. 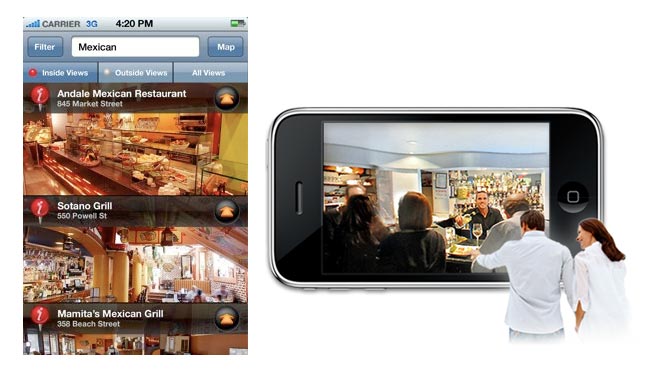 EveryScape is also releasing a private beta release of its mobile SDK, making available its collection of visual restaurant guides to select iPhone and iPad developers.