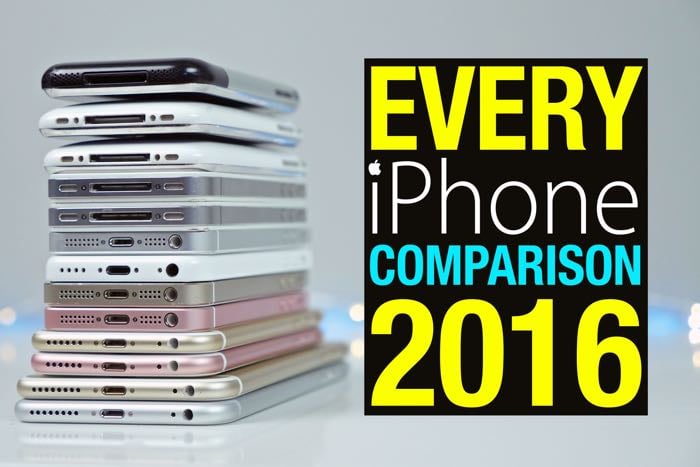 The first iPhone launched back in 2007, since the first handset there have been a total of 12 iPhones released, this includes the original iPhone 2G from 2007.

The guys over at Everything Apple Pro on YouTube are back with their latest video and this new ones compares all of the 12 iPhones that Apple has released since 2007.

It is really interesting to see the difference between Apple’s latest iPhone and their first iPhone which was released almost 10 years ago, it shows how much technology has changed in the last 10 years.