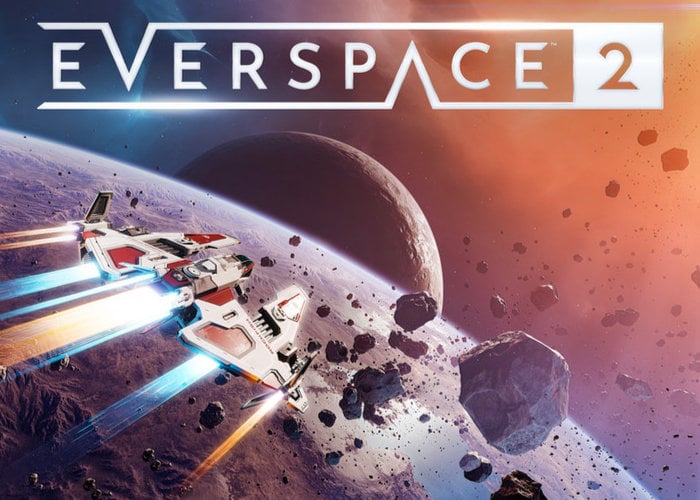 Everspace 2 is a fast-paced single-player space shooter from Rockfish Games, launched via Kickstarter this month to raise the required €450,000 needed to take the sequel into production. As the name suggests the new game builds on the previous open world space shooter and will provide deep exploration, sophisticated RPG elements and an engaging sci-fi story. Check out the announcement trailer below as well as more details about the Kickstarter project.

The space RPG game will support Windows, Mac and Linux and will also be launched on the PlayStation 4 and Xbox One. “Set in a persistent open world, it is driven by a captivating sci-fi story, picking up shortly after the events of the predecessor. An approximately 20-hour-long campaign and various side missions will lead you into the endgame. Prepare yourself to beat the most vicious encounters, and master difficult challenges which will reward you with that juicy epic loot! “

The defendant team at Rockfish Games describe a little more about what you can expect from the open world space shooter. “Imagine a Hack & Slash Action-RPG with all the bells and whistles: classes, random loot, skills, talents, and more… but in space. Your ship is the hero in this adventure. Expand your private ship collection from a virtually endless supply of vessels composed of three main classes with several sub-classes and optimise your build to perfection. Cleverly combine modules, weapons, devices, and perks to fit your individual play-style and the current objective.”

Early bird pledges are now available from €5 and the game is expected to officially launch during September 2020.

Embark on an exciting journey
Discover alien species, unveil mysteries, find hidden treasures and defend your valuables against outlaw clans. But don’t get cocky: there will be some high-risk/high-reward areas waiting for you where grabbing that ultra-special gear and getting out alive will require some serious piloting skills and all your talent for improvisation.

Let the lasers do the talking
Annihilate your foes the EVERSPACE way: Dodge, dash, roll and boost guns blazing into frantic dogfights, leaving only a trail of space scrap behind. Use a wide range of weaponry and abilities to defeat a large variety of opponents like drones, fighters, heavy bombers and powerful gunships all the way to massive capital vessels. Always look around and use your environment to your advantage, and gain the upper hand even if you are outnumbered.

Have it your own way
Expand your private ship collection from a virtually endless supply of ships, composed of various unique ship classes and optimize your build to perfection. Cleverly combine modules, weapons, devices, and perks to fit your individual playstyle and the current objective.

Epic loot awaits
Hunt for the next better gear and be ready to constantly re-evaluate your current setup. Look for loot that fits your playstyle but be willing to leave your comfort zone and try something new. Be ready to find and exploit synergistic effects between equipment, perks, devices, and ships to fully maximize their potential.

From rags to riches
Roam the world looking for the best deals on certain commodities, becoming the part-time trader you always wanted to be. However, prices will vary based on supply and demand, so you better check about the latest offerings before you set course to the next trading station. Always be on the look-out against ambushes during interstellar travel.